Recently, Vivienne Westwood SS23 was shown, in which Irina Shayk took a direct part. She captured one of the most striking looks from the show and posted it online: a scarlet silk corset was so tightly tightened that the ladies of Catherine II could not even dream of. But it made it possible to emphasize Irina Shayk’s beautiful tits, as well as a thin waist. A pearl thread with a distinctive symbol of the brand of the state perfectly complemented her look.

A denim mini-skirt decorated with patches, as well as daring boots give out the handwriting of the most important British rebel – the founder of the brand Vivienne Westwood. Would you agree that Irina Shayk looks like Lara Croft in this outfit? 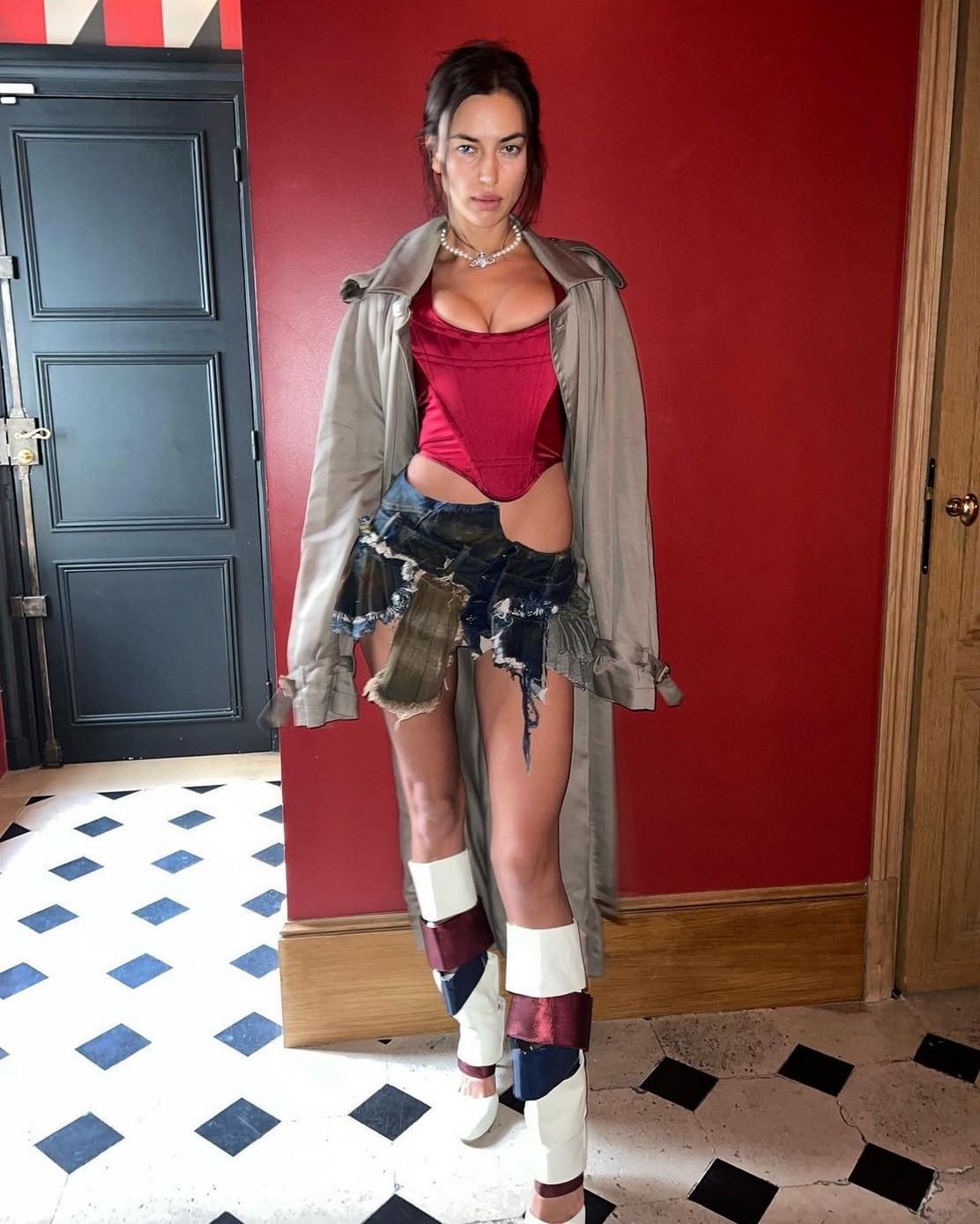 If the phrase “Good girl gone bad” needed an illustration, then Irina Shayk’s daring Halloween reincarnation would be perfect. Yesterday, the Russian supermodel danced at the Self-Portrait brand party in delicate lace tights and innocent pink tweed, and today she appeared before fans in the image of a pin-up vampire. Irina Shayk posted a series…

On November 9, the premiere of the fourth Savage X Fenty show will take place on the Amazon Prime Video channel. As last time, celebrities and models will take part in the show. Recall that the main concept of Rihanna’s lingerie brand is inclusivity and body positivity. “I don’t care about size, body type or…

In the wake of the popularity of the series “Euphoria”, singer Beyonce, who founded a fashion brand in honor of her daughter Blue Ivy, is releasing her own version — Ivytopia. This is the name of the new collection of the Ivy Park x Adidas brand. And the video with the presentation of things is…

One of the regular partners of the Venice Film Festival is the Italian brand Armani. The brand traditionally brings a “diamond scattering” of top models and actresses from all over the world to the premieres, carefully dressing them up in Armani Privè couture creations. And at the same time, he arranges the so—called “ball of…

Irina Shayk shared a series of vacation photos. In the footage, the 36-year-old Russian top model poses in a laconic and seductive outfit. Ira put on a small black dress from the Pinko collection and took a small bag decorated with beads. She complemented the style of the tanned islander with scarlet lipstick and natural…